INST is active and challenging competition in natural sciences between young scientists. Undergraduate and Master's students compete with each other in applied Chemistry, Biology, Physics, Engineering, and Pharmaceuticals. The global mission of the INST is to give students the possibility to believe in themselves and come up with the idea that their knowledge can change the world. The local mission of the INST is to change the educational system in a better way, to help everyone present their ideas clearly, and defend them correctly.

Science tournaments started to develop in Saint Petersburg at the 2000s. The first tournament for school students was organized in 2000. The second one took place in 2001 and after that, there was a 5-year break. Only in 2006, tournament activity started again in Saint Petersburg. The organizing committee headed by student Sergey Safonov started a new age of science tournaments in Russia. In 2006-2009, there only was a local chemical tournament for school students. In 2010, the first university students tournament started. The name International Natural Sciences Tournament (INST) was invented in 2011, and from that year student tournaments became not only international but also interdisciplinary. Every year International Natural Sciences Tournament attracts brightest minds from different countries. Students from more than 25 countries participated in the Tournament of all time: Indonesia, India, Russia, Malaysia, Ukraine, Portugal, Belarus, Germany, Czech Republic, Canada, Italy, Poland, USA, China, Japan, Singapore, Denmark, Norway, Sweden, Serbia, UK, Spain, Brazil, Guatemala, Colombia, Lebanon, and South Africa.

INST is a team competition for current undergraduate students and students getting Bachelor’s or Master’s diploma in 2020. A team, participating in the Tournament, should consist of 3–5 people. Students should have one of the following specializations: Chemistry, Physics, Biology, Medicine, Pharmaceuticals, or Engineering. The team members should choose a captain amongst themselves. The captain is the leader of the team during the Tournament and is responsible for interacting with the Organizing committee and the Jury board. The team can be supported by a coach, a person with a completed Master’s degree (graduated no later than 2019, otherwise he/she will not be able to participate as a Jury member) or higher.

The Grand final consists of a number of cycles. A cycle is a complete set of 3 or 4 challenges in one section depending on a number of teams in the section. A challenge is a sequence of actions in discussing a single problem. Three teams take part in a challenge: the reporting team, the opposing team and the reviewing team. During the challenge, participants are prohibited from using any information sources (literature, laptops, tablets, e-books, mobile phones, etc.). In one cycle, every team acts once as a Speaker, once as an Opponent, and once as a Reviewer. Participants should be creative, confident and be able to uphold their variants of solving industrial problems to others. The scheme of the Grand final is presented below. 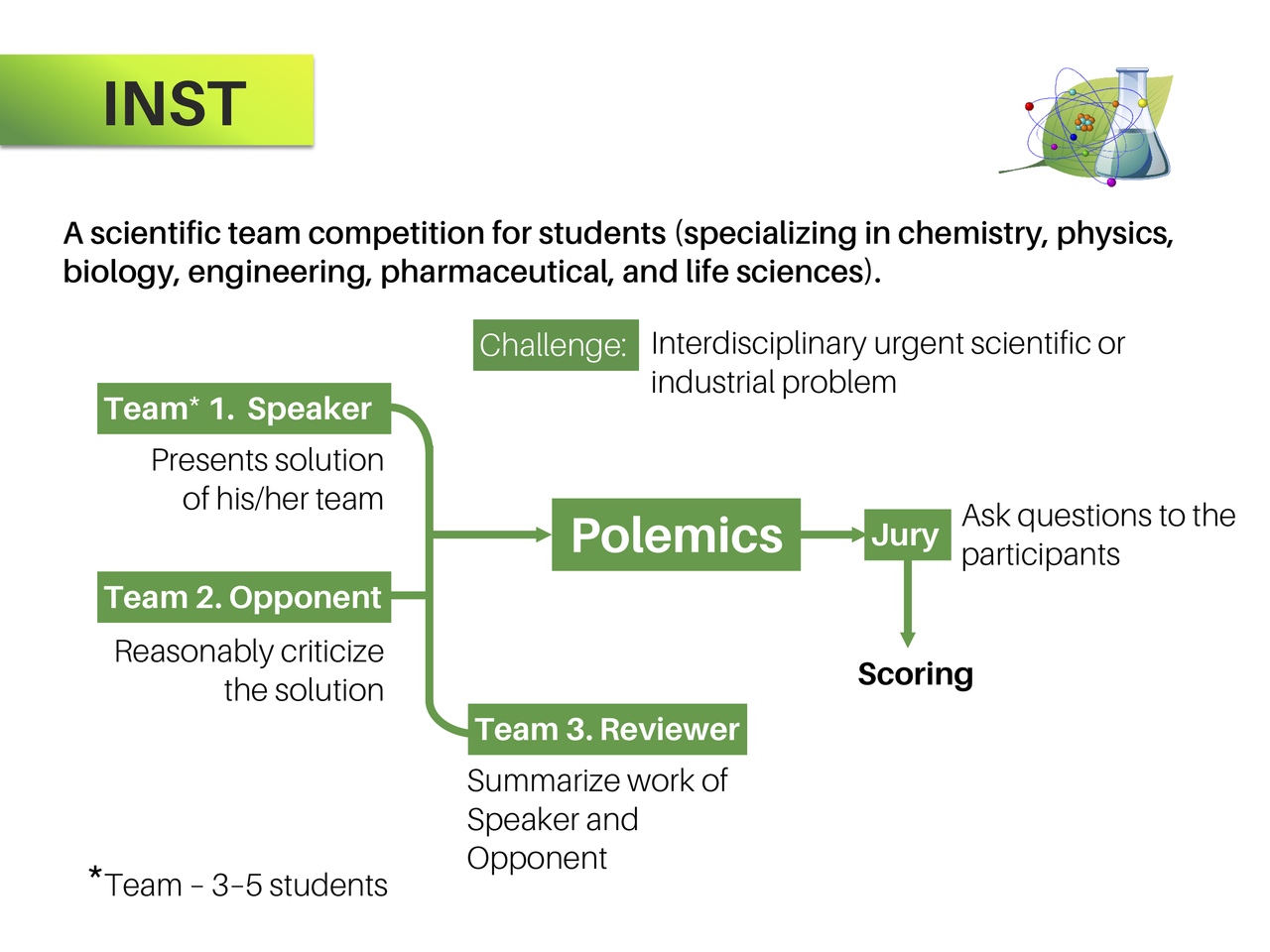 To get more information about the rules, please read the Rules&Regulations.

Some photos from the past Tournaments 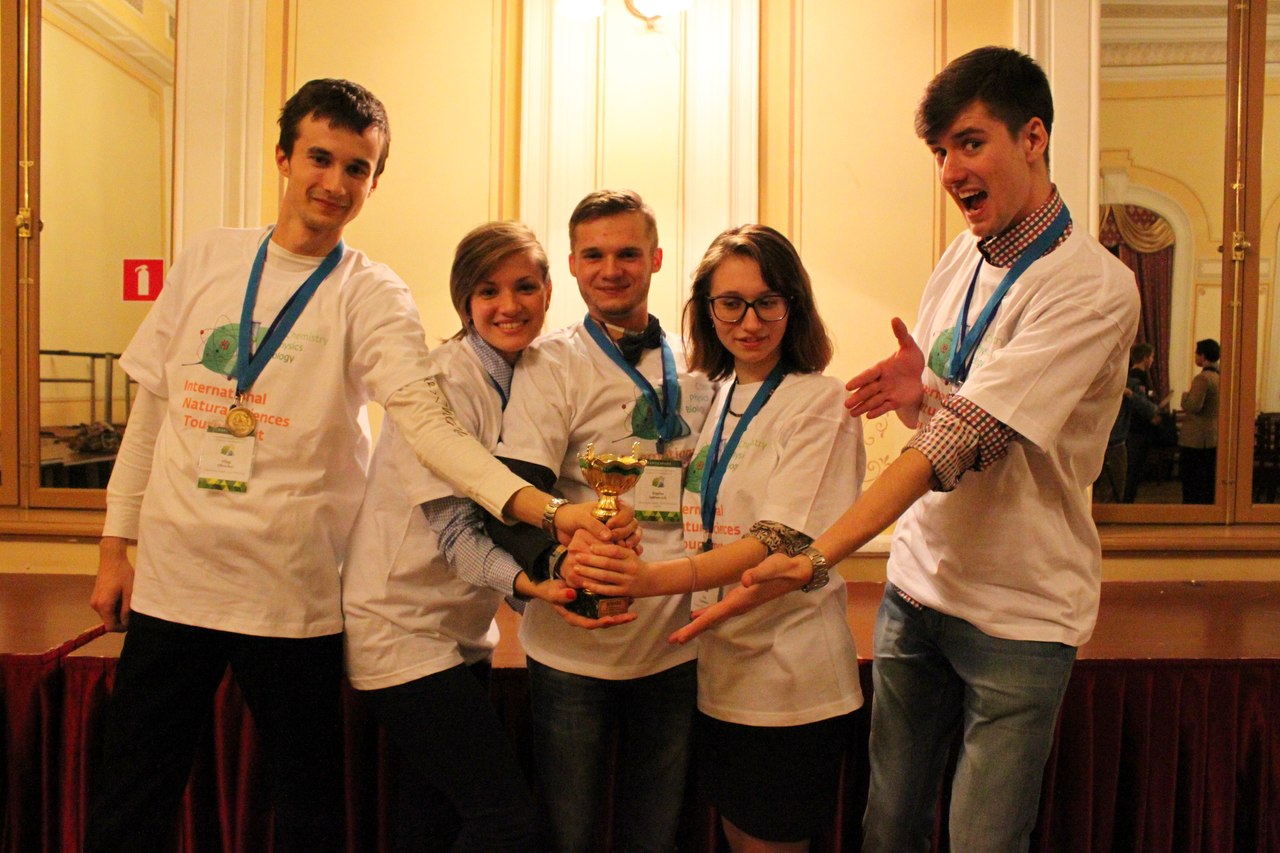 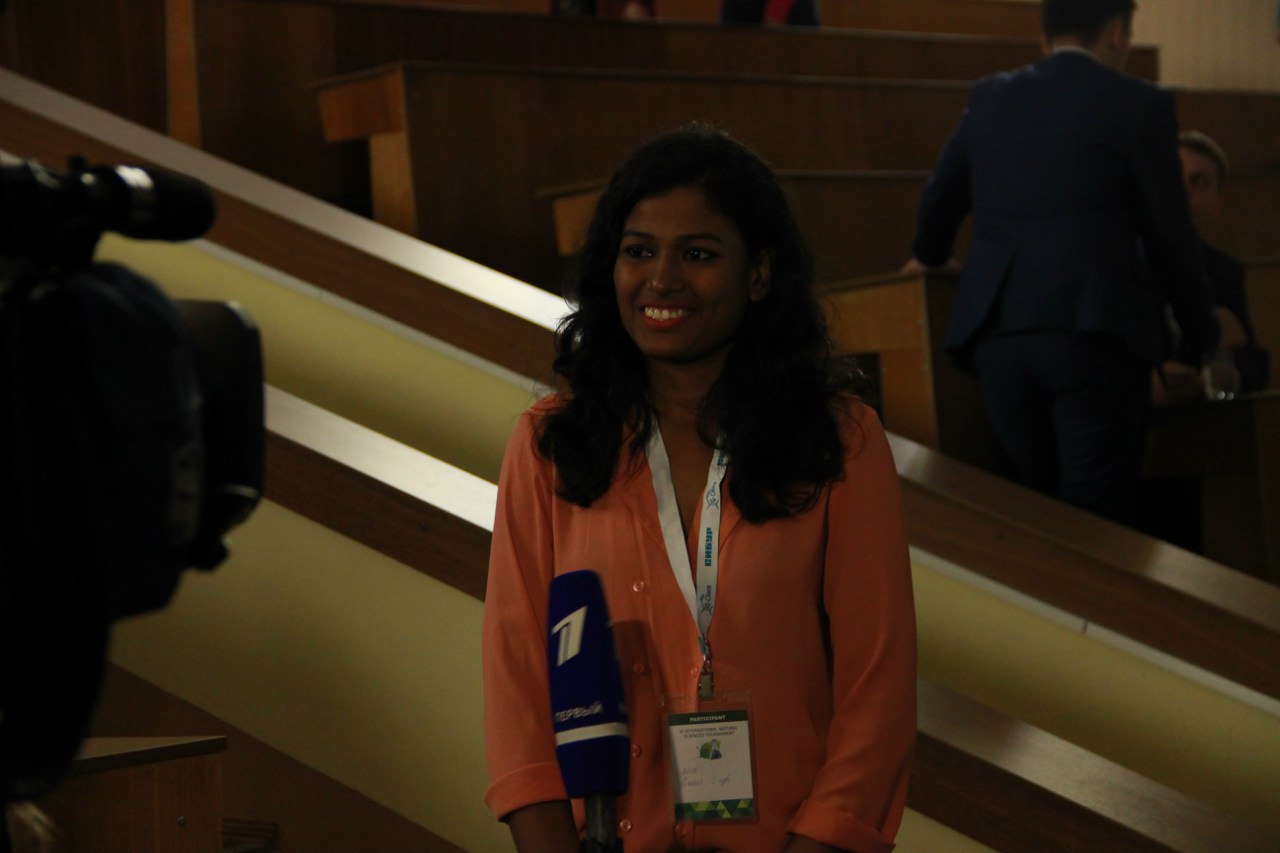 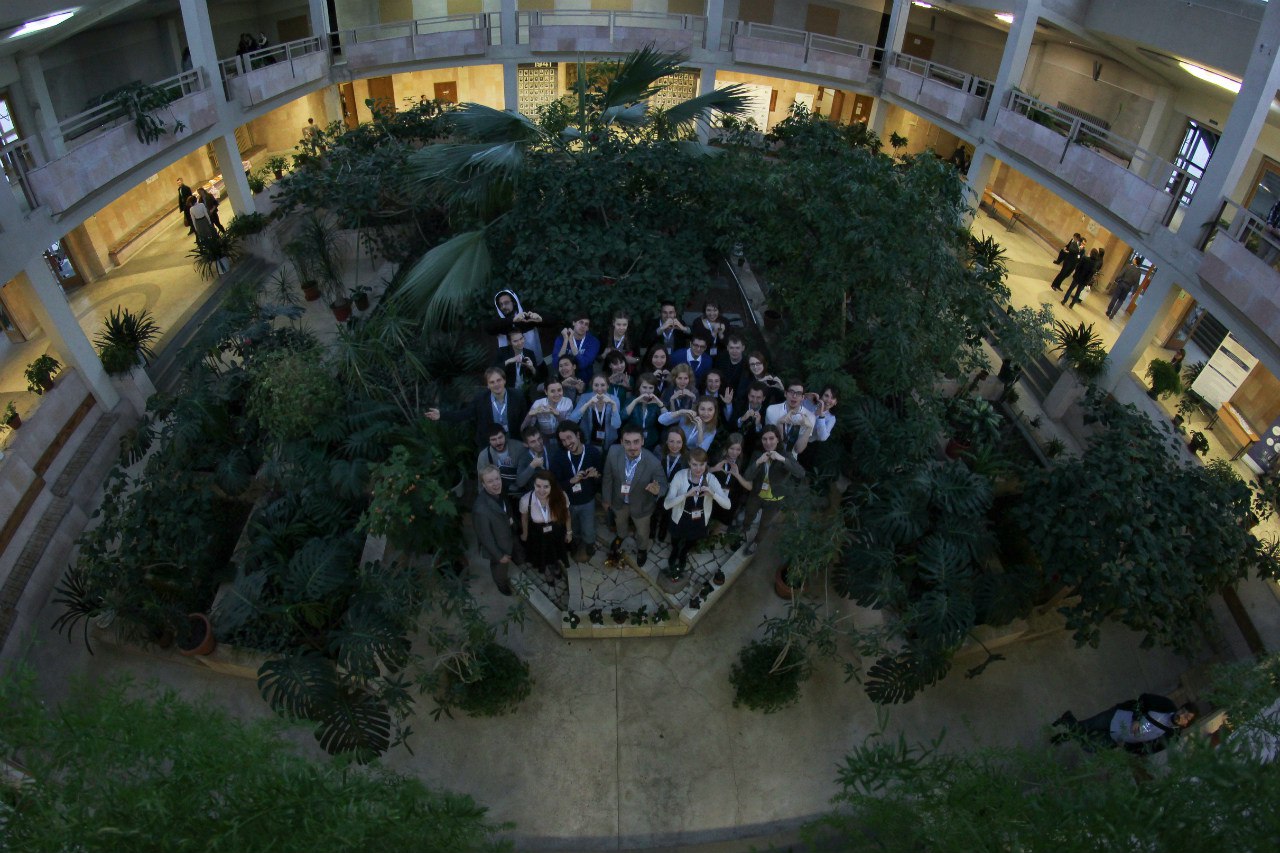